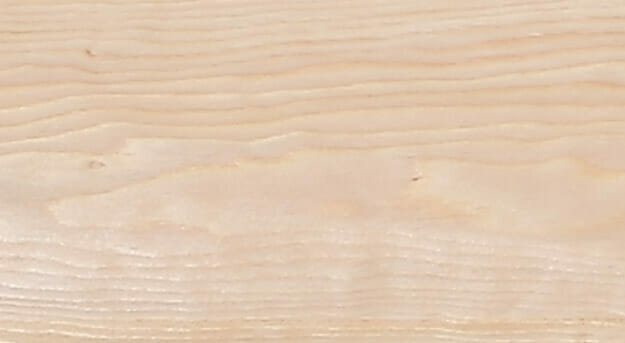 Eastern Hemlock is a native tree from Eastern Canada that grows in association with other species such as birch, spruce, white pine, maple and beech. This tree usually reaches diameters of 45 to 60 cm and a height of up to 21 m., although larger trees are often seen. A native tree, it grows slowly and can live up to 600 years. Its mechanical properties, including density, are superior to other softwood species in Eastern Canada. Eastern Hemlock belongs to the Hem-Tam (N) group ( Eastern Hemlock-Tamarack group) according to the National Lumber Grades Authority (NLGA).

The heartwood is generally buff to light brown in colour and the sapwood slightly paler.

The grain ranges from wide to average and the wood is moderately light and hard. The wood tends to splinter and is cross grained.